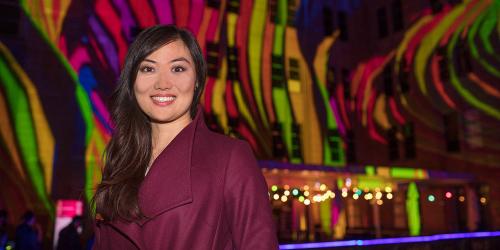 Susan came to Australia as an International Student in 2009. After completing English language studies at UOW College, she went on to complete a Bachelor of Computer Science and a Master of Information and Communication Technology from UOW by 2011.

“My study at UOW College had significant impact when entering bachelor study at UOW. It helped me to establish effective study methods, which were different from what I had previously learned in China. It helped me to adapt to the new environment and most importantly, on the academic language front, ensured my English skills were up to the University standard.

The most important thing UOW College taught me was critical thinking. There’s millions of things to learn, but the most important is the learning method that could change your whole life. The critical analysis courses incorporated in the language study at College are the golden key that can open the door for academic courses later on.”

Susan’s advice to International students considering studying at UOW College is to take advantage of the social environment at UOW College, just as much as the academic aspect.

“Take 100% advantage of the time you study at UOW College, for English skills and for friendship. Keep an open mind and embrace the multicultural environment.

My fondest memories about my time at UOW College are the BBQs (who didn’t like them!), and the friends I met over that 6 weeks structured language course - they are my lifelong best friends now.”

Susan is now the Director of Global Sales at ByteDance.